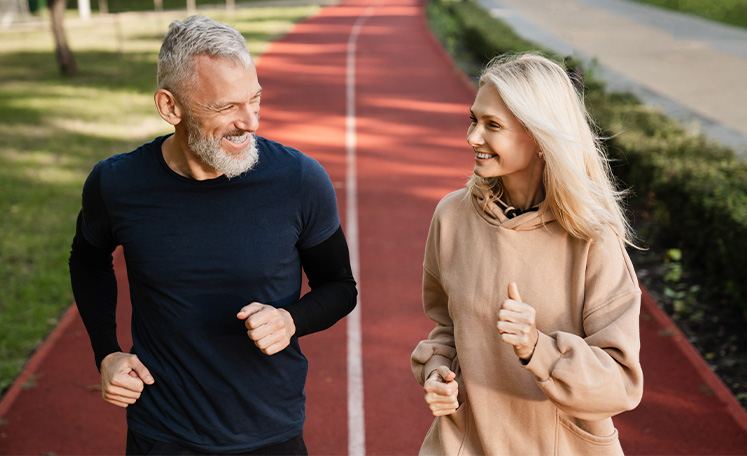 Alzheimer’s status as a terrible disease is already sealed — a given — to the point that most of us think it would be better to be proactive in doing our best to avoid contracting it. For any disease that has no cure, prevention is the best strategy.

But what about people, seniors especially, who already have it? Are they doomed to such a terrible fate as losing one’s entire mental and physical properties and dying as a result? Are there effective ways to delay it at least or better yet, stop its progression?

What’s good that the short answer to this is yes, and the key could actually be in two activities human beings have been doing since time immemorial. Exercise and diet. They’re as potent a remedy as any revolutionary drug out there for the facts outlined here, and numerous studies can back it up.

Does this mean that having a healthy diet is enough to prevent Alzheimer’s? To a certain degree, yes, since plenty of foods considered as “healthy” also fall under the category of “food that is good for Alzheimer’s”. Of course, that only reveals one other fact: there are certain diet regimens that are specifically designed for preventing Alzheimer’s and keeping those suffering from it from having worse symptoms.

For one, the MIND diet, which was specifically created for dementia patients, has also been found to impart positive benefits to those suffering from its dreadful counterpart. This isn’t at all surprising since there are areas in which this deadly duo overlap, not least of which is a gradual decline in mental capabilities.

Going back the MIND diet, it’s actually one that’s packed with foods that almost any adult would recognize as innately healthy. At least 6 servings of leafy greens are required, which has figured a lot in any diet that purports to maintain one’s physical well-being. As has already been proven by nutritionists for decades, these food sources tend to be the most nutrient-dense in the planet, with kale being the perfect example.

Ultimately, you don’t really have to look further than the studies themselves, which closely tracked people who adopted the MIND diet for a specific period of time. In one study, people who adhered to the diet for 4 and half years enjoyed a risk cut of as huge as 53%. It doesn’t really take careful deliberation to see that nutrition is vital for overall health and disease prevention.

The research conducted on exercise’s pivotal role in preventing Alzheimer’s is confirmed by no less than the Alzheimer’s Research and Prevention Foundation. The said organization has affirmed that regular physical activities can cut risks of getting the disease by as much as 50%. And that’s for prevention alone.

Even for people who are already showing signs of the disease, exercise can still exert a big influence on outcomes. There’s even good evidence that with the right approach in lifestyle changes, the progression of the disease can be slowed if not altogether stopped completely.

Is it any wonder then that many people, who are themselves Alzheimer’s patients, can vouch for the immense benefits of an excellent long-term memory care facility? These dedicated communities have

It’s a given that seniors should be the focus of Alzheimer’s therapies considering they’re the most vulnerable to it. That being said, it’s important to underscore the fact that some senior citizen assisted living services stand out better than others in taking care of patients with Alzheimer’s.

As said above, there are facilities that actually offer memory care services, which is tailored solely to helping seniors battling this disease. Besides more hands-on and meticulous medication management and daily assistance, some facilities develop their own Cognitive Therapy programs that are composed of special activities and exercises that have been found to help patients suffering from cognitive and memory decline.

These communities seek to change and uplift the individual completely through gradual, positive changes in lifestyle. We at Lantern of Madison, actually term it as Svayus. Its core goal is to help people attain optimal mental health along with spiritual and psychological development.

The same can be said for our Fountain of Life program, which seeks to restore independence and self-sufficiency through a combination of physical and mental activities, along with daily living guidance.

Unleash the Joie de Vivre in Your Heart and Partake of Life’s Bounties:

There’s always hope. There’s always something new to discover and do each day. There still are connections to make, and, more importantly, fight for every second you spend with your loved ones, aware of every passing moment and holding them as cherished memories till the day you breathe your last.

When looking for the best community to stay in, the one that would be able ultimately guide you on the road to recovery, careful deliberation is a must. Whether you’re looking for Madison senior living services, you only need to search using keywords like, “respite care for seniors near me” or “assisted living facility in my area” to weigh your options.

That being said, our doors are always open to accepting anyone who needs all the help they can get in battling this blight on the mind. We and a lot of other people who have partaken of the Lantern Lifestyle experience know that it’s not unbeatable.

The human spirit will always be imbued with hope and perseverance even when faced by the direst adversities. In the case of Alzheimer’s, it could be trying out safe, proven, and viable options available to you. As Robert Frost once said, “I still have miles to go before I sleep.” We at Lantern believe in this wholeheartedly for every person that we welcome into our sanctuary.