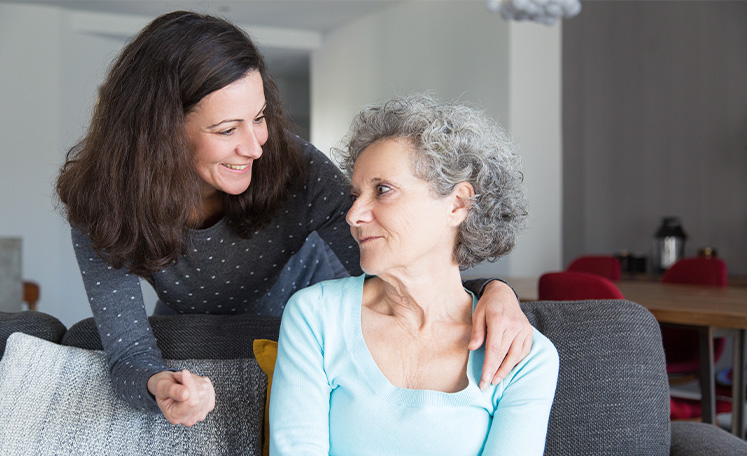 Dementia Patients and Dignity: How Not to Treat a Senior with Alzheimer’s

Dementia and Alzheimer’s has been associated with everything that connotes mental issues from mood swings and tantrums to problems expressing one’s self. In most people’s minds, such handicaps readily connote a child-like, vulnerable countenance that it’s really not surprising that anyone who has not handled dementia patients before would instinctively treat them like children.

Why It’s Important to Treat Seniors with Dementia and Alzheimer’s with Dignity:

While treating them like children is most probably not done with malicious intent, it’s all the better to completely dissuade people from doing it, a stance that should be adopted by any respectable facility that offers senior citizen assisted living services. And it’s not just because of the ready connotation that these patients are still adults.

Rather, studies have actually shown that you would only be making things worse for dementia or Alzheimer’s sufferer. How you talk to them directly influences their behavior and mood, after all, since it’s still information.

The stark difference between a child and a dementia sufferer is that the former gets to keep that information and learn from it while the latter more than likely would forget it with time as the disease continually robs them of their cognitive capacities. Even so, that doesn’t mean dementia patients won’t retain a level of awareness of whether they’re being looked down upon or not. Ultimately, this only adds to their mental and emotional toll.

How then should you treat seniors with dementia and Alzheimer’s? What exactly does it mean to treat someone with dignity? Well, we have outlined a few that senior living facility caregivers would most likely wag their fingers at if they spot you doing it. We hope that by doing this, you won’t make the same mistakes as plenty of people tend to do.

Practices You Should Refrain from Doing:

Imagine how you, a grown adult, would feel if someone talks to you like a toddler. Nothing would feel more condescending, right? Wouldn’t it hurt if someone would say in the confirmation you want to “go potty” if you’re trying to express to them the need to go to the bathroom? Imagine having no choice but to act like a child but still maintain an awareness of the subtleties of language and expression.

This is why it’s also advised to be mindful of the tone of your voice when talking to someone with dementia. Respect is at the heart of senior care, regardless of anyone’s conditions. It’s required for a reason.

Not minding how you address and act in front of them:

We say a lot in how we act. Even a seemingly innocuous behavior could be construed as condescending or downright discriminatory to anyone watching. In fact, how we regard people tends to show in every action we make since there’s a sizable amount that we do subconsciously.

For example, if you pay a visit to a senior community and happen to spot caregivers feeding the elderly, notice how the nurses would almost always be seated next to the one being fed. You might think it’s because it’s easier, but ultimately, it’s a sign of regarding someone as an equal.

More importantly, it readily transmits one’s compassionate instinct and the personal relationship they share with the senior. Now picture the opposite of that, someone who stands while feeding someone. It readily shows the image of someone looking down on the person being fed, right?

The same can be said with how you address them. Don’t call them by name or nickname that might sound endearing to you, only to turn to be irksome, if not disrespectful, to them. We can also cite scenarios of people speaking about them to someone else as if they’re not in the same room.

Not encouraging them to do any meaningful activities:

It’s bad enough that anyone who has dementia already has his or her condition holding them back from doing some of the things they love. It’s already been proven that dementia sufferers tend to want to do the things they love, and oftentimes, it’s an active one and marked by routine and habit. It goes without saying that it’s poor practice to dictate what they should do instead, even if it’s well-meaning.

A good senior community is one that realizes that the elderly, even those who have these two conditions, can still enjoy life and their passions. This is why they often create programs that have a clear emphasis on being as active mentally and physically as possible.

Sometimes, it could be as simple as allowing them to help prepare food or cleaning up a room. Or maybe they love doing memory games and arranging flowers. The important thing is that they need to love doing it and that it would benefit them in the long run.

You don’t see caregivers in a senior living facility arguing with their wards for the exact reason that they understand the mental state of a person with dementia. At best, it’s futile and will only be likely to be regarded as an affront by the senior. We say futile because of how memory works in those with dementia. There’s a high chance that they will have forgotten what you said in support of a particular argument.

This is why once they’ve said their piece, like, for instance, not wanting to take a bath for now, it’s a big mistake to try making them think otherwise. What makes matters worse in these cases is while they may have forgotten what was said, the aggressive feeling might still linger in their minds, which would only take a toll on your relationship.

Dementia patients, for all the burdens they have to bear, deserve all the respect and reverence in the world. This rings especially true for those who haven’t given up enjoying life despite these limitations or to anyone you know who is trying his or her hardest to fight these terrible conditions. Realize their status as a fellow sufferer who happens to be carrying a far heavier load.